Showing posts from May, 2010
Show all

I started new feature on School Counselor Blog called "Fabulous Find Friday."  Fabulous Find Friday is a way for me to highlight specific resources and items I use in my everyday work as a school counselor and how I utilize them. Each month I will give a recap of the Fabulous Finds featured for that month.  Here is a recap of the first five fabulous finds: 1. Bubbles : Bubbles can be used in classroom guidance lessons, group sessions, and individual sessions with students. I have used bubbles with students of all ages. Adults love them too! 2. No Spill Travel Mug : If you are in need of a great travel mug for coffee, tea, or whatever else you fancy, look no further! I love that I can carry all my bags out the door with no worries about spills thanks to this no spill travel mug ! 3. Balloons : Balloons are not just for parties! I have used balloons to teach deep breathing and about anger in classroom guidance lessons, group sessions and individual sessions.
2 comments
Read more

Below is a guest blog post that I wrote for Teach Hub , a resource for news, recommendations and resources, by teachers for teachers.  To see the article as it appeared on Teach Hub click here . Five Ways School Counselors Can Support You and Your Students School counselors support the academic achievement, career development, and personal/social well-being of students.  There are five main ways that school counselors support teachers and students: consultation, preventative programming, classroom guidance, group counseling for students, and individual counseling for students. Consultation School counselors have a wealth of knowledge about a variety of topics. Chances are, if you have a question, a school counselor can provide you with an answer or point you towards a great resource. If you are concerned about a student or even just looking for a new activity use in the classroom, school counselors can help.  I provide consultation to teachers, parents, principals, a
1 comment
Read more

Each week I will be selecting an item for Fabulous Find Friday. If you have a suggestion for a Fabulous Find,  email me  and I will try it out! Your Fabulous Find may be Featured on a Future Friday! ;) This Friday's Fabulous Find is Prezi ! Prezi is an exciting and innovative way to present information. I saw a Prezi presentation at a Response to Intervention and Instruction (RtiI) training. I was immediately captivated by the Prezi presentation!  Prezi  is unlike anything I ever saw before! The first thing I did when I got home from the training was a Google search for Prezi to find out more about it. I discovered educators can get a free Prezi account! Needless to say I was thrilled! The Prezi website is great! The  Prezi Academy has tutorials for learning Prezi basics and more advanced  Prezi  techniques. There is a Prezi gallery called the Prezi showcase where you can watch, use, and share public Prezis . Prezis can be made private or public. I just recently us
1 comment
Read more

May 20, 2010
Geoffrey Canada, President and CEO of the  Harlem Children's Zone , read an amazing poem during his keynote presentation at the  Pennsylvania School Counselors Association (PSCA) Conference . Don’t Blame Me by Geoffrey Canada The girl’s mother said, “Don’t blame me. Her father left when she was three. I know she don’t know her ABCs, her 1, 2, 3s, But I am poor and work hard you see.” You know the story, it’s don’t blame me. The teacher shook her head and said, “Don’t blame me, I know it’s sad. He’s ten, but if the truth be told, He reads like he was six years old. And math, don’t ask. It’s sad you see. Wish I could do more, but it’s after three. Blame the mom, blame society, blame the system. Just don’t blame me.” The judge was angry, his expression cold. He scowled and said, “Son you’ve been told. Break the law again and you’ll do time. You’ve robbed with a gun. Have you lost your mind?” The young man opened his mouth to beg. “Save your breath,” he heard instead. “Your daddy lef
Post a Comment
Read more

I am presenting at the Pennsylvania School Counselors Association (PSCA) Conference , "School Counselors: Building Today for Tomorrow" at the Lancaster Host Resort and Conference Center in Lancaster, PA May 20-22. I will be presenting, "Social Networking for School Counselors" on May 21st at 3:45pm.   My session will focus on the various ways school counselors can use social networking tools. I will share the advantages of creating a professional blog , creating a Facebook Page , using Twitter , and creating a Shutterfly Share Sites to communicate with your school and professional communities. I will teach participants how to blog , tweet , utilize Facebook Page s, and create a school counseling website using Shutterfly Share Sites . I am super excited to present at PSCA about social networking! Comment below,  email me ,  tweet , or share on the  School Counselor Blog Facebook Page ! Danielle is a K-12 Certified School Counselor, Nationally Certified Coun
6 comments
Read more

Each week I will be selecting an item for Fabulous Find Friday. If you have a suggestion for a Fabulous Find,  email me  and I will try it out! Your Fabulous Find may be Featured on a Future Friday! ;) Today's Fabulous Find is BALLOONS! I use balloons in a variety of ways with students in classroom guidance lessons, group sessions, and individual sessions. I have used balloons to teach deep breathing techniques by demonstrating how you have to take a deep breath to make a balloon fill with air. This can be used to teach students who have difficulty calming down when they are angry or anxious. I have also used balloons to teach about anger management. In a classroom setting, I have two students volunteer to be my “helpers.” One student receives a red balloon (symbolizing anger) and the other student receives a blue balloon (symbolizing cooling down or calmness).  I read scenarios aloud that might cause someone to become upset, such as "someone took bumped into you in the
Post a Comment
Read more 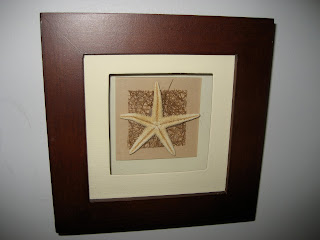 I would like to share a story that inspires me and gives me strength.  The Starfish Story - Author Unknown A man was walking along the beach when he noticed a girl picking something up and gently throwing it into the ocean. Approaching the girl, he asked, “What are you doing?” The girl replied, “Throwing starfish back into the ocean. The surf is up and the tide is going out.  If I don’t throw them back, they’ll die.” “Child,” the man said, “don’t you realize there are miles and miles of beach and hundreds of starfish? You can’t make a difference!” After listening politely, the girl bent down, picked up another starfish, and threw it back into the surf.  Then, smiling at the man, she said… ”I made a difference for that one,” and continued down the beach. ~ ~ ~ I recently found a YouTube video by Jostens of the Starfish Story.  Check it out below. I have adopted the message from the story as my personal mantra. Anytime I am feeling like I am not making a difference, I rem
4 comments
Read more

With mother's day just around the corner (it's Sunday!) I decided to include a fabulous find that you could buy for yourself, or you could give your mother for Mother's Day! Ok, so the Oxo Good Grips Plastic LiquiSeal Travel Mug is not exactly a counseling resource, but it is a fabulous find! Buying a coffee mug that doesn't spill could be related to self-care. ;) If you are anything at all like me you probably juggle bags, lunch, keys, and other random items when you are leaving for work. I usually end up spilling coffee on the floor or myself when I am carrying too much. I was at Target the other day and I spotted this travel mug . It caught my attention because it was pink, but after reading the label with the "no-spill" claim, I had to try it out. I took it home and filled it up with coffee the next morning. The Oxo Good Grips Plastic LiquiSeal Travel Mug has a button on the lid that you can click to the down position to drink and click to the up
Post a Comment
Read more

During the second week of May our whole district will be hosting a Career Week. I wrote about this before in a previous blog post about the event Work the Runway . We have an event planned for each day of the week. On Monday of Career Week, all of the 8th grade students in the district will be bussed to the high school for a kick-off Pep Rally.  There will be a distinguished speaker from the community, the Mayor, the Superintendent, and students speaking at the event. On Tuesday of Career Week, speakers from a variety of different careers will be coming to each building to speak to 8th graders about their career journey.  We will be hosting all of the speakers at my school for a welcome breakfast then the speakers will travel to their speaking engagement. There will be four speakers for 8th grade students in my building.  The students will rotate to each speaker. On Wednesday and Thursday students will be going through a "Reality Check" simulation. Students will be give
Post a Comment
Read more

What will May bring?

I cannot believe it is May already! Eek! I am happy for state testing to be over so that I can resume my regular roles and responsibilities. I am so excited to start my groups back up. Students have been asking me everyday when groups will begin again!  I am also excited for all of the great events that I have been planning for May! A brief summary of my plans for May include: resuming my anger management groups, starting an after school program (CARE Club), planning/coordinating 5th grade transition, presenting at two different conferences, and planning/coordinating career week! I will be resuming my Anger Management Groups using Seeing Red: An Anger Management and Peacemaking Curriculum.   I will be running five groups total: fourth grade boys, fifth grade girls, fifth grade boys, sixth grade girls, and sixth grade boys. I am starting an after school program I created called CARE Club.  CARE club stands for Character And Resiliency Education Club. I will be facilitating the gro
1 comment
Read more

A reader inquired about how to find graduate school programs for school counseling outside of the United States. Q: I am in Indonesia and planning to pursuit my Master Degree major in Counseling and Guidance. I know your e-mail from the School Counselor blog :) I have several questions here, Do you know any good Universities in Taiwan, German, and Australia that have Counseling and Guidance as one of the Major? Do you have any Study Plan for Counseling and Guidance, that i can see as my reference? A: I have looked on the Internet for schools that are in Taiwan, Germany and Australia.  It was difficult to find anything.  I did not find any schools specifically. I found the Australian Guidance and Counseling Association .  They may be able to give you more information about programs in Australia. I would recommend emailing someone in that organization and asking them if they know of School Counseling Programs in Australia. There is a website called GradSchools.com that has a searc
Post a Comment
Read more
More posts